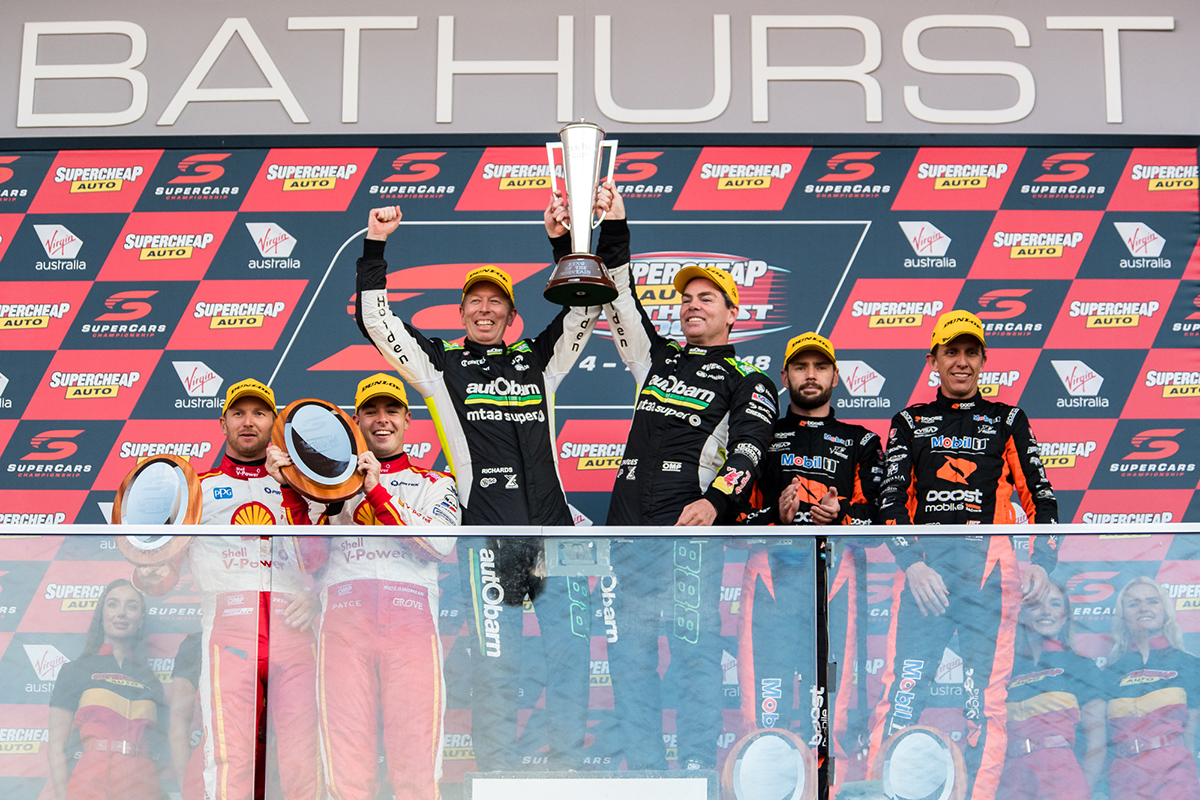 Australian motorsport’s Great Race has been run and won for another year, with Craig Lowndes and Steven Richards taking out 2018 Supercheap Auto Bathurst 1000.

The veteran pair, in Lowndes’ last year as a full-time driver, claimed what’s just about a fairytale victory to further their Mount Panorama records.

Erebus had to deal with heartbreak, following the late dramas for David Reynolds and Luke Youlden, who led the bulk of the day.

Elsewhere, there was a particularly rapid rookie, the usual what-if stories, and some tough weekends including “a bit of a kick in the teeth” for one podium aspirant.

The highest of highs

At Mount Panorama in 2017, Lowndes and Richards started 19th and spent a grand total of six laps inside the top 10 on their way to a lacklustre 11th.

What a difference 12 months made.

Coming off a podium at Sandown, where they also finished 11th in 2017, the pair quietly fancied their Bathurst chances.

Lowndes in particular is enjoying the traits of Holden’s new ZB Commodore, while Richards’ preparation has included more laps in a Supercar.

Even with pesky power-steering problems through practice, Lowndes made the Top 10 Shootout for the first time since 2014, the Autobarn Commodore starting ninth.

From the time Lowndes got past James Courtney during the first stint, it was clear #888 had impressive pace.

Richards blotted his copybook at pit entry on lap 57, which dropped them from fourth to 13th, but Lowndes then charged back through as light rain fell mid-race.

Up at the front again, Lowndes was then the only driver capable of sticking with the dominant Reynolds.

When Reynolds struck trouble, he was there to pounce, taking the lead on lap 135 for what was ultimately his seventh Bathurst win and Richards’ fifth, finishing 6.3 seconds clear of Scott Pye and Warren Luff.

Sympathy for Erebus notwithstanding, it was a hugely popular result, and a fitting end to Lowndes’ full-time career at Bathurst.

This year Navair was proud to sponsor the Bigmate Racing.

Full results from Bathurst 1000, can be found here