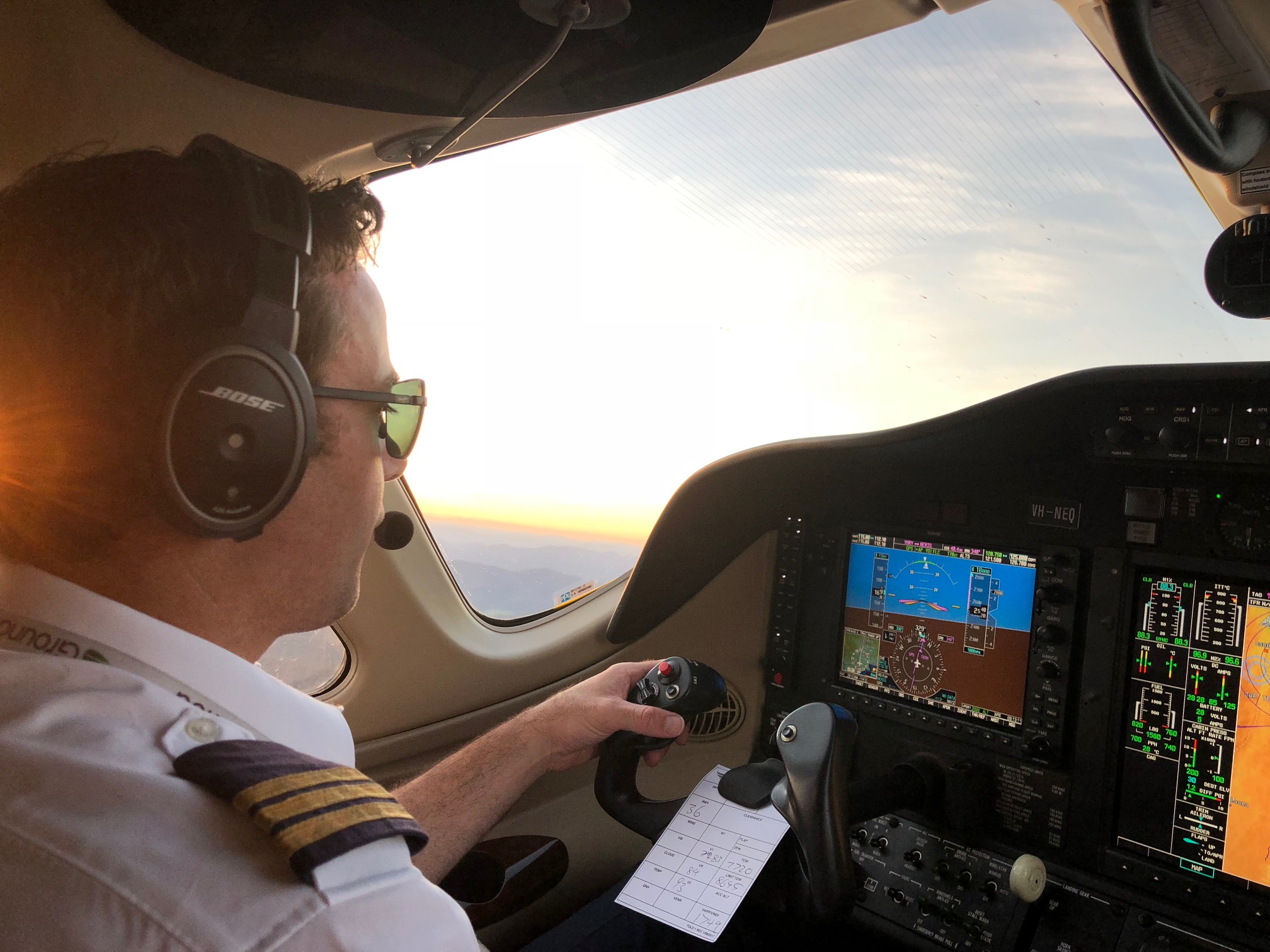 Making Hay for Farmers in need – Flights to Charleville, QLD

Out west it’s as dry as it gets right now… While Sydney and the east coast battled a few heavy weeks of rain, out west it’s dusty and the farmers are fighting another battle, one much longer, and far more serious. It’s one of the longest droughts on record, and they need a little help.

This week we jumped on board our Beechcraft King Air with the Rapid Relief Team, a group of volunteers passionate about delivering aid to those who need it. With a agenda of meeting the locals, lending a hand and distributing part of 16 road trains full of Hay to farmers, we climbed through the layer of clouds over Bankstown Airport early in the morning; en-route to Condobolin to collect a few more volunteers. The flight plan then had us heading north into Queensland, over Nyngan and, Brewarrina to Charleville, where we touched down shortly after 8.30am.

As we flew North, the land turned from brilliant green to dusty brown, the towns became more and more sparse, and it became clear that we were most definitely flying into somewhere that needed help. Our Beechcraft King Air was the perfect aircraft for the job, seating the team of 7 comfortably and flying at over 500kmph in the calm springtime winds. As you can see, it was a gorgeous day!

After lunch and a few meetings in Charleville, it was off to Cunnamulla, just a short 30 min flight to the South West. The strip there is short, no commercial passenger flights fly there, and the terminal is nothing more than a shack built in the 1970’s. We love regional airports like that, because it’s the perfect recipe for a private aircraft charter!

Another couple of hours in Cunnamulla, and we were ready to head home for dinner. 9 hopped back on board the trusty King Air for a quick drop off again at Condobolin, before climbing into the still-moody weather of Sydney. We were gone for just 12 hours – but covered 2200km, visited three regional hubs and helped out nearly 100 farming families in need. Only possible by charting an aircraft, and made comfortable by our luxury turboprop – the Beechcraft King Air.

Find out more about this amazing aircraft in our showcase here, and to talk with one of our team about tailoring your own itinerary, submit a quote request below. We’d love to hear from you!

For further details on how you can help the Rapid Relief Team, visit RRT.