Don’t Tell the Bride is on Channel 10 and follows the story of an engaged cash strapped couple who are given $25,000 to plan their wedding – the only catch the groom has to plan it all with no involvement from his bride to be!

We were asked by the groom, Aaron, who had arranged a wedding in Thredbo, to fly his fiancée Mel in from Sydney.

We originally had Mel booked to fly in the Chieftain (for those who are not initiated with aircraft this is a workhorse of aviation. Twin propeller driven, seating for 10, a wonderful plane to fly) but we did not have the de-icing capability that was to be required on the day due to the forecast weather.

The whole job had been booked and ready to go when there were major changes in weather forecast on the date of flight, which meant we needed to use the Mustang – our jet. I rang the groom to deliver the news and tell him that to do this would cost another $1200. Not realising the stress this put him under as he had already spent the entire budget at this point! So I imagine my first impressions with Aaron left something to be desired as I told him the first Aircraft was not suitable for the flight…

Cold, crisp, blue sky and not a breath of wind. The forecast for the flight was for calm conditions and a light southerly at Cooma (which was why it was so cold).

Mel and her entourage were a little late but it’s her wedding day and she is allowed to be. The camera crew and team leader came in first and had a chat to me about what they would like to happen “Can you please hand this plastic box to Mel and just do whatever comes naturally?”

Mel looked like a princess. She was a bit shocked when she found out she was at a Corporate Aircraft Charter operator. The look on her face when she opened the box and saw the booties was priceless. We had to do this scene 3 times and each time she acted just as surprised as the first.

We were scheduled to depart straight away and with the Citation flying at twice the speed of the Chieftain we were looking good to make up time from their slightly late arrival at the airport. However… there had been a training aircraft return to Bankstown Airport with a technical issue that ended up closing the main runway for 2 hours!! Our timing was now up the creek.

Mel, her bridesmaids and the TV crew were a pleasure to deal with and understood that the delay was out of our hands and that we would have to hurry up and wait while the runway was re-opened. A steady stream of tea and coffee hopefully helped.

When we finally got word that the runway was available again we had everyone on-board (top effort by Mel to make it into the aircraft with that dress), the aircraft started and taxiing within 10 minutes.

With Steve at the controls of the Jet, the remaining camera team and I jumped in my car and we hurriedly made our way to the far end of the runway to get the shot of the plane departing. Once we had that the camera girls said thanks and departed as swiftly as they arrived.

It was a few hours of madness done and a lot of fun. Hopefully one of many memories of the day that leaves a smile now and then… 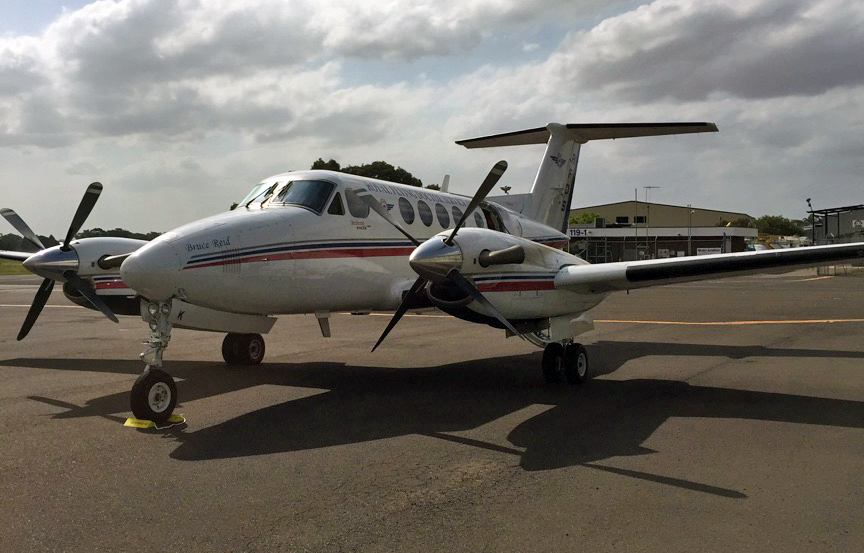 “This is where Navair come in, providing a little extra time and convenience to RFDS doctors in our private charter airc …

Ellen coming to Australia – ticking off her bucket list “I am actually for the first time in my life going to Australia in March”. Ellen DeGeneres finds it difficult to hide her excitement as she announces her pending Australian trip. And to top it off each guest in the audience on the day of the announcement is coming with her! Born on Australia Day and married to an Australian it seems fitting that Ellen should finally visit our shores. Her trip will be mainly centered in Sydney and Melbourne and, as indicated, in her recent interview with Tracey Grimshaw on A Current Affair – there will be lots of fun and twitter competitions – @TheEllenShow if you don’t follow […]