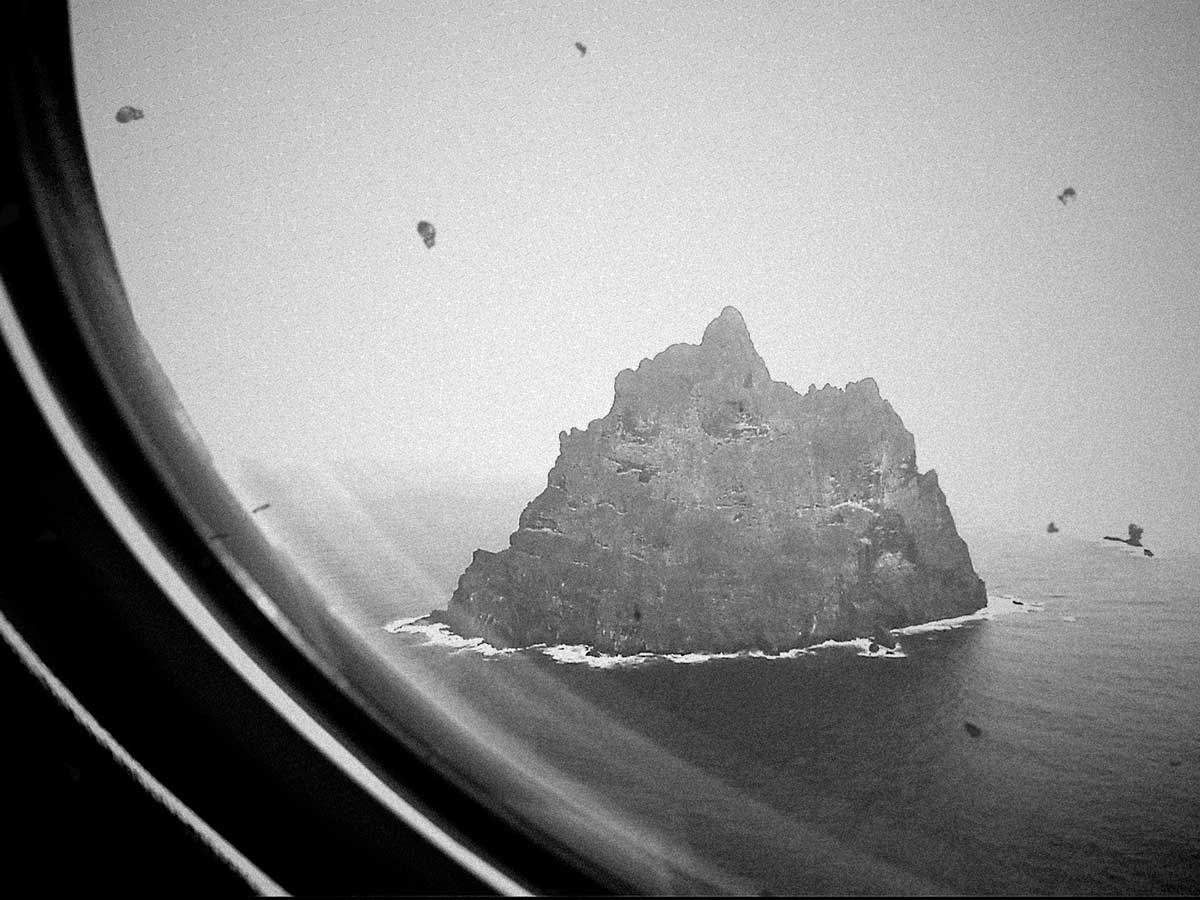 Pilot Rick Pegus recently chartered an American visitor and explorer to fly around the site that can sometimes be missed out in the Pacific Ocean, the location is Ball’s Pyramid, an erosional remnant of a shield volcano and caldera that formed about 6.4 million years ago.

Ball’s Pyramid is part of the Lord Howe Island Marine Park in Australia and is over 643 kilometres (400 mi) northeast of Sydney, New South Wales, Australia.

Steep and eroded, Ball’s Pyramid is positioned in the centre of a submarine shelf and is surrounded by rough seas, making any approach a difficult one.

In The Voyage Of Governor Phillip To Botany Bay With An Account Of The Establishment Of The Colonies Of Port Jackson And Norfolk Island (1789), Arthur Phillip gives this description of the area around Ball’s Pyramid, before describing Lord Howe Island:

There lies about four miles from the south-west part of the pyramid, a dangerous rock, which shows itself a little above the surface of the water, and appears not to be larger than a boat. Lieutenant Ball had no opportunity of examining whether there is a safe passage between them or not.The first person to go ashore is believed to have been Henry Wilkinson, a geologist at the New South Wales Department of Mines, in 1882.

The shelf is 20 kilometres (12 mi) in length and averages 10 kilometres (6.2 mi) in width and lies under an average depth of 50 metres (160 ft) of water. It is separated by a 500-metre-deep (1,600 ft) submarine canyon from another shelf on which Lord Howe Island is located. The cliffs of the stack continue under the water surface to the level of the shelf.

Looking to visit Lord Howe Island, be sure to add Ball’s Pyramid as a fly by place.

All images are copyright by Navair Jets Australia.