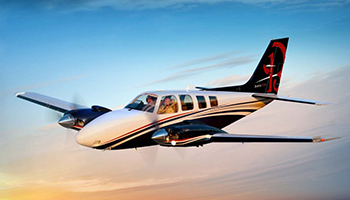 Are the days of the ‘Piston Twin’ behind us?

With the Australian fleet of twin engine aircraft growing older by the day, is it time to think differently about the aircraft we choose to fly in?

Piston engine aircraft like the Piper Chieftain and Beechcraft Baron were once the backbone of the private aviation industry in Australia (and around the world). In the 80’s and 90’s anyway. When they were still being made by their manufacturers and on their first coat of paint. Now, nearly 40 years on these aeroplanes are still flying around!

While the paint might be new, the engines given a rebuild and the interiors spruced up with a bit of leather. One fact remains. The piston engine is still a piston engine, and the bones of that aeroplane were still built in the 80’s.

Are the days of the ‘Piston Twin’ behind us?

You might be surprised at how little a light jet (like the Citation Mustang) costs when compared properly with a piston twin like the Piper Navajo. On first look, the jet costs twice as much per hour, $2500 per hour compared to $1200. But after you account for crew wages, accommodation, and mostly the speed of each aircraft: the dollar amounts begin to close. Our Citation Mustang for example, cruises at up to 300 knots. A Piper Navajo? 145 knots with good engines. You can see where this is going, and that’s not even mentioning the fact that all light jets are pressurized, air conditioned and so (SO!) much quieter inside.

To find out the difference between flying in a light jet, and the old twins of yesteryear. Give us a call! We’d love to quote your next flight, and show you how we choose to fly in the 21st century.